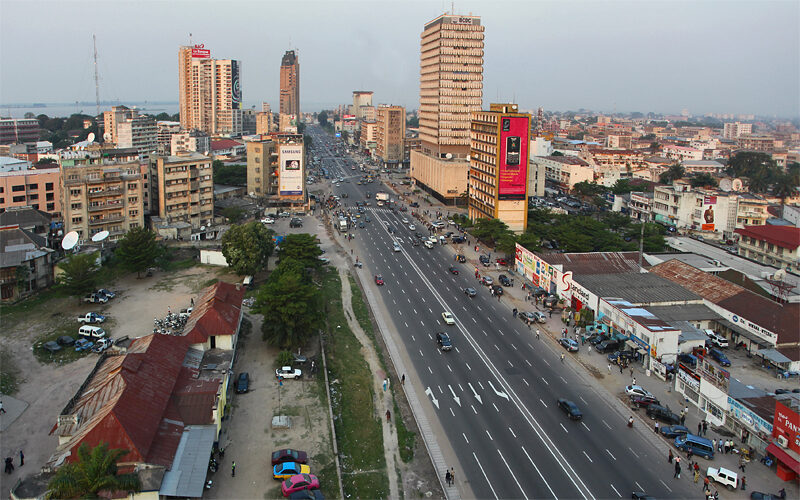 Kinshasa is a city with a population estimated or measured from 11.000.000 to 30.000.000 inhabitants it seems. Only a dozen hotels are in the hotel searches. What happens in the rest of all those big buildings? Aren’t there any illegal hotels where the service is better than in all those average max. 2 star hotels where the staff is everything except for motivated. Apologize for comparing with the situation of taxis in Paris. Image: © Monusco – Boulevard 30 Juin, Kinshasa

After all Kinshasa is probably not so strange. It seems to be the largest French talking city on Earth. Thus bigger than Paris, Toronto, Antananarivo, Yamoussoukro, Casablanca, Bern, Luxembourg, Brussels, and more. Compared to Europe, Australia, and North and South America only, the biggest cities are about in Africa: Kinshasa, Lagos, Cairo … This in mind you will understand why your African friends try to persuade you with so much emphasis to visit their African continent. Suppose that everything Africa contains is in the umpteenth degree of its equivalent in Europe.

If you don’t know where to go during your holidays in Kinshasa, on ezinearticles.com they write about diamond, casinos, art markets, other markets, museums. 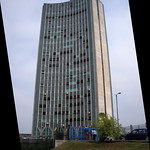 Kinshasa has a number of other buildings of architectural interest. All of them are buildings of public interest such as an academy of fine arts, a sports stadium, a cathedral, a tower, the palace of nations and more. They are a must for any traveling architect visiting the city country. Take a look at them all on:

Other architecture of importance

– 15 Places to visit for the travelling architect
– In Modern architecture Houzz.in shows a series of nicest modern housing projects that make you forget that you are in a third world country. However, despite these wonderful projects, infrastructure and housing in Kinshasa are often in a very bad state.

General about infrastructure and living in Kinshasa

Regideso, the national public company primarily responsible for the water supply in Congo, only serves Kinshasa incompletely and with uniformly perfect quality. Other areas are served by decentralized Associations des Usagers des Réseau d’Eau Potable (ASUREPs). Gombe uses a lot of water (306 liters per day per inhabitant) compared to other municipalities (from 71 L/d/i in Kintambo to 2 L/d/i in Kimbanseke).

Housing prices have been rising since the 1980s. Houses and apartments in the center are expensive. Homes are sometimes sold for a million dollars and apartments rented out for $5,000/month. These high prices have spread outwardly from the center as owners and tenants move out of the most expensive part of the city. As of 2006, gated communities and shopping centers have been built with foreign capital and technical expertise. Urban renewal projects have in some cases led to violent conflict and displacement. Incoming refugees have few settlement options other than illegal slums such as Pakadjuma.

Among the places of worship, which are predominantly Christian churches and temples: Roman Catholic Archdiocese of Kinshasa (Catholic Church), Kimbanguist Church, Baptist Community of Congo (Baptist World Alliance), Baptist Community of the Congo River (Baptist World Alliance), Assemblies of God, Province of the Anglican Church of the Congo (Anglican Communion), The Church of Jesus Christ of Latter-day Saints which has a temple and over 100 congregations in Kinshasa, Presbyterian Community in Congo (World Communion of Reformed Churches).[52] There are also Muslim mosques. A Baha’i House of Worship is currently under construction.[53]

Going out in Kinshasa

Kinshasa has a vibrant nightlife with numerous entertainment options. You can dine out, African or international, dance in bandstands or just listen and visit nightclubs. If you want to get to know new faces among the locals, you will soon find that there is a lot of prostitution. Gay and lesbian sex are legal, but without cohabitation with a permanent partner. And here too there is a lot of prostitution. 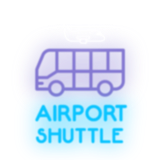 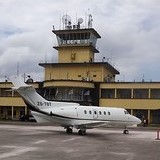 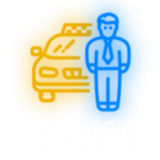 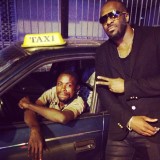 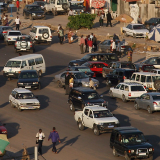 As we know it in the large agglomerations of Europe, Asia and America, there is no such thing in Kinshasha. However, there are a few private companies that take care of the transport.

Pratical things not to forget!!!

Or search acommodation on the map: