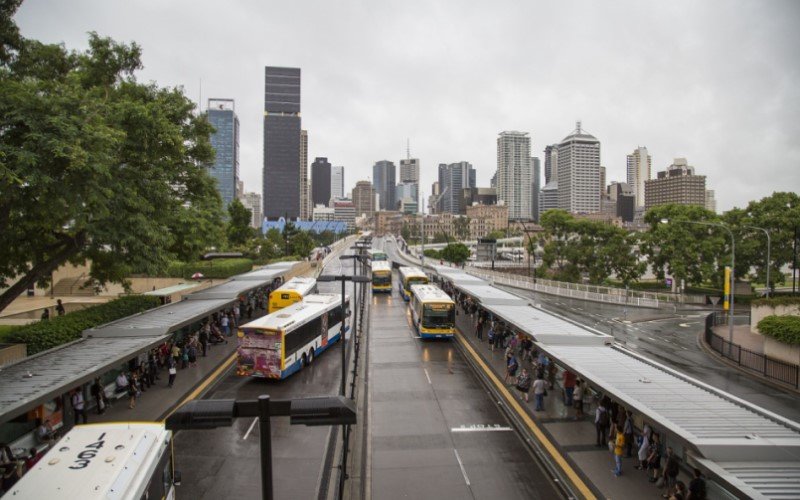 Brisbane is located on the Meanjin of the Turrbal Country. It is the capital and most populous city of the Australian state of Queensland and the third most populous city in Australia. There are approximately 2.6 million residents in the Brisbane metropolitan area. It is at the center of the South East Queensland metropolitan region. The latter has a population of about 3.8 million inhabitants. The metropolitan area stretches in all directions along the hilly floodplain of the Brisbane River Valley between Moreton Bay and the Taylor and D’Aguilar mountain ranges. A historic name for Brisbane was “Queen City”. Modern nicknames include “Brissie” and the “River City”. The demonym of Brisbane is “Brisbanite”.

Brisbane’s central business district is located on a peninsula of the Brisbane River approximately 15 km (9 miles) from its mouth in Moreton Bay, a bay of the Coral Sea.

The city is named after the Brisbane River on which it sits, which in turn is named after Sir Thomas Brisbane, the Governor of New South Wales at the time of the city’s founding. Brisbane was chosen as the capital when Queensland seceded from New South Wales in 1859 and had become a major port and immigration center by the late 1800s.

Brisbane is classified as a global city. It is an advanced center of innovation and research in Asia-Pacific. The city is promoted as the Australian capital of technology, with strengths in mining research and green energy, medicine and biotechnology, cryptocurrency and digital industries, and robotics. Brisbane, a transport hub, is served by a major suburban rail network and popular bus routes. and ferry networks. It is Australia’s largest and busiest airport and the third-largest seaport. The financial district is centered on Eagle Street.

It is a diverse city with 32.2% of the metropolitan population being born abroad. This city ranks as one of the world’s most livable cities. Known for its rich culture and history, the city is home to numerous museums and galleries, events and festivals, theater and music, urban art and public monuments, and historic buildings. Brisbane is known for its distinctive Queenslander architecture, its springtime Jacaranda blossoms, and its alfresco dining and cuisine culture. Brisbane will host the 2032 Summer Olympics and Paralympic Games.

Brisbane is a popular tourist destination. Major landmarks and attractions include