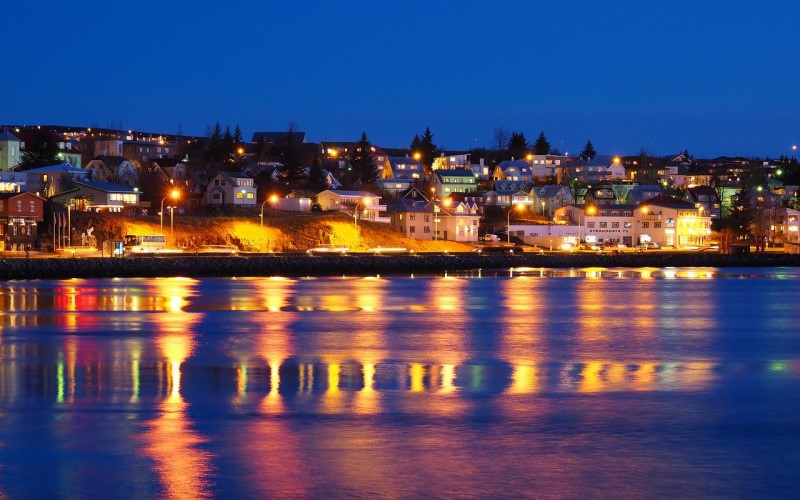 Reykjavik is the capital of Iceland in Northern Europe, Scandinavia with about 130,000 inhabitants. This isn’t much for a capital city, but the population is just over a third of Iceland’s total population of an estimated 368,720 in 2021. Outside of Reykjavik and the surrounding area which are Hafnarfjordur and keflavik where the airport is, is Iceland sparsely populated with mainly an agricultural society. Reykjavík is considered the site of the first permanent settlement in Iceland since 874. Without any urban planning, it was founded as a trading city in 1785 and grew steadily over the following decades. Today it is one of the cleanest, greenest and safest cities in the world and that goes well beyond crime. There are virtually no traffic accidents and there is no pollution in the country. Alcoholic drinks have been banned until the new millennium and today they are very expensive in pubs, so people prefer to drink at home.

About the hotels in Reykjavik

1 on 4 of the Icelandic hotels is in Reykjavik. There are cheap hotels in Reykjavik but not as cheap as in big cities as London, Paris or Tokyo.
Also there are no extremely expensive hotels of thousands of euros per night as in other capitals. With a range between € 22 and € 1000 you must find a good stay for the night. If you think will want to shop or if you’re used to go out and you don’t to miss the chance of enjoying Reykjavik’s nightlife then best search something in the center. Most complains about stays in a hotel in Reykjavik are about the big distance of the centre and the prices of goods sold inside the hotel.

But also further away from the center can be very charmfull. There are only a few hotels with swimming pool but you can look for a place where you can enjoy a natural swimming pool as the Blue Lagoon with Northern Light Inn on only 0.7 km.

Quite popular are apartments ànd they are in the center, but they are also quickly sold out. Moreover they are quite expensive compared to apartments in other cities where they are often among the cheapest accommodation you can find.

If you have to take the plane the next day you can also search a hotel in Keflavik center although they are more expensive. But the airport is on a distance of only 5 km or less.

What to visit in Reykjavik?